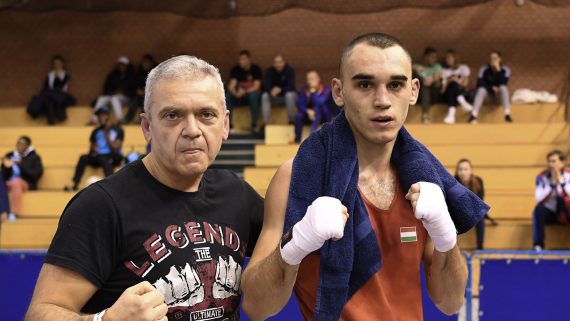 Hungary qualified two boxers for the last Rio 2016 Olympic Games and their first athlete who earned the quota for the Tokyo Olympics is Roland Galos at the men’s featherweight (57kg). The 25-year-old Hungarian advanced to the Top8 at the European Olympic Boxing Qualifying Event and qualified for the Games.

“We have invested 18 years of hard work with my father to achieve my goal to qualify for an Olympic Games. This is what I dreamed about it and I am so happy that I could reach it in the European Olympic Boxing Qualifying Event.

The preparation for the Qualifier was impressive, we had a lot of sparring with boxers from various nations since October 2019. I arrived to the venue in good shape and I had the motivation to realize my goal in London which had a superb atmosphere and the local organizers arranged a fantastic event.

I met first with Bosnia & Herzegovina’s Alen Rahimic where I had to use close distance tactic due to his longer hands. I succeeded against the Bosnian boxer and I had the chance to box with Finland’s Arslan Khataev once again for the quota to Tokyo. We knew that he had to lose more weight than me to attend at the featherweight (57kg) therefore we tried to dictate a strong tempo in the first and second rounds. I knew I had the advantage after two rounds and in the third I revealed a bit and moved more on feet to counter-attack Khataev.

I am so happy that I could get the spot for the Tokyo Olympic Games in that fantastic Copper Box Arena. I could accomplish my objective which I set up in my childhood and now I am hungry for the next success, a medal in the Tokyo Olympic Games. I know my next target and I will do my very best to beat the top opponents during my road to the medal in Tokyo.

I did not know all of my Olympic opponents as the Qualification Events did not finish yet. I met with three of the qualified boxers in previous international events and I could beat two of them,” summarized his experiences and his next target Hungary’s first quota holder Roland Galos.