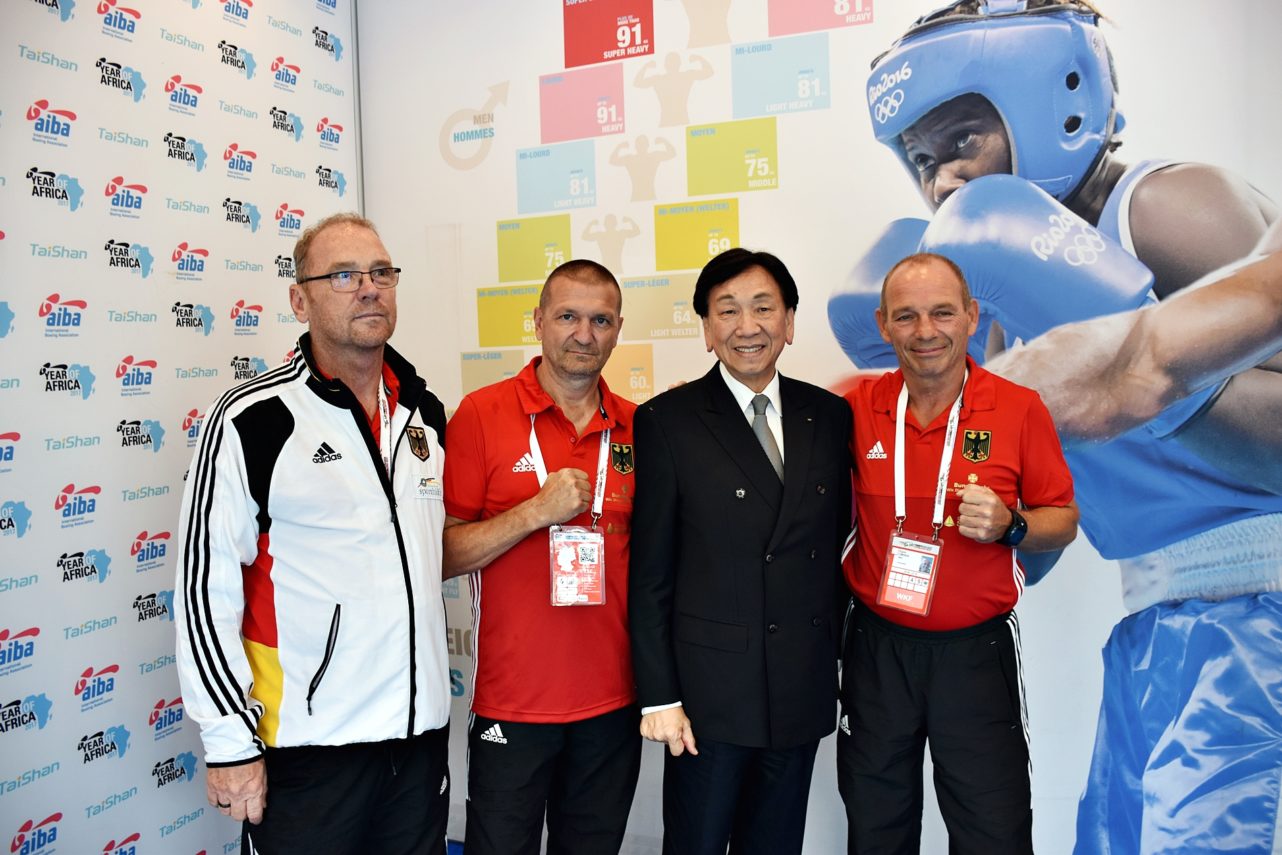 An experiential Fan Zone at the Hamburg Sporthalle, venue for the 2017 AIBA World Championships, was unveiled by AIBA President Ching-Kuo Wu on Thursday afternoon ahead of the first day of Semi-Finals.

Among the facilities and activities designed to bring fans even closer to the sport is the Year of Africa truck. Fresh from its tour of the continent, the truck’s portable ring and training equipment is hosting kids from several local boxing gyms, giving the spectators a chance to try out the punch bags as well as learn about this year’s important Legacy Project for Africa.

The World Championships Commentary Box gives fans a chance to try their hands at the art of commentating, describing clips from five major bouts of the past 12 months and giving the action their own unique twist. The participants then receive their 20 seconds of fame by email and the most shared video wins a pack of Hamburg 2017 memorabilia. The new SUV vehicle from Official Sponsor Borgward and Official Supplier SportCom’s inflatable ring are also on display in the biggest AIBA World Championship Fan Zone to date, while inside, Official Supplier Adidas host a boxing Speed Challenge alongside its store.