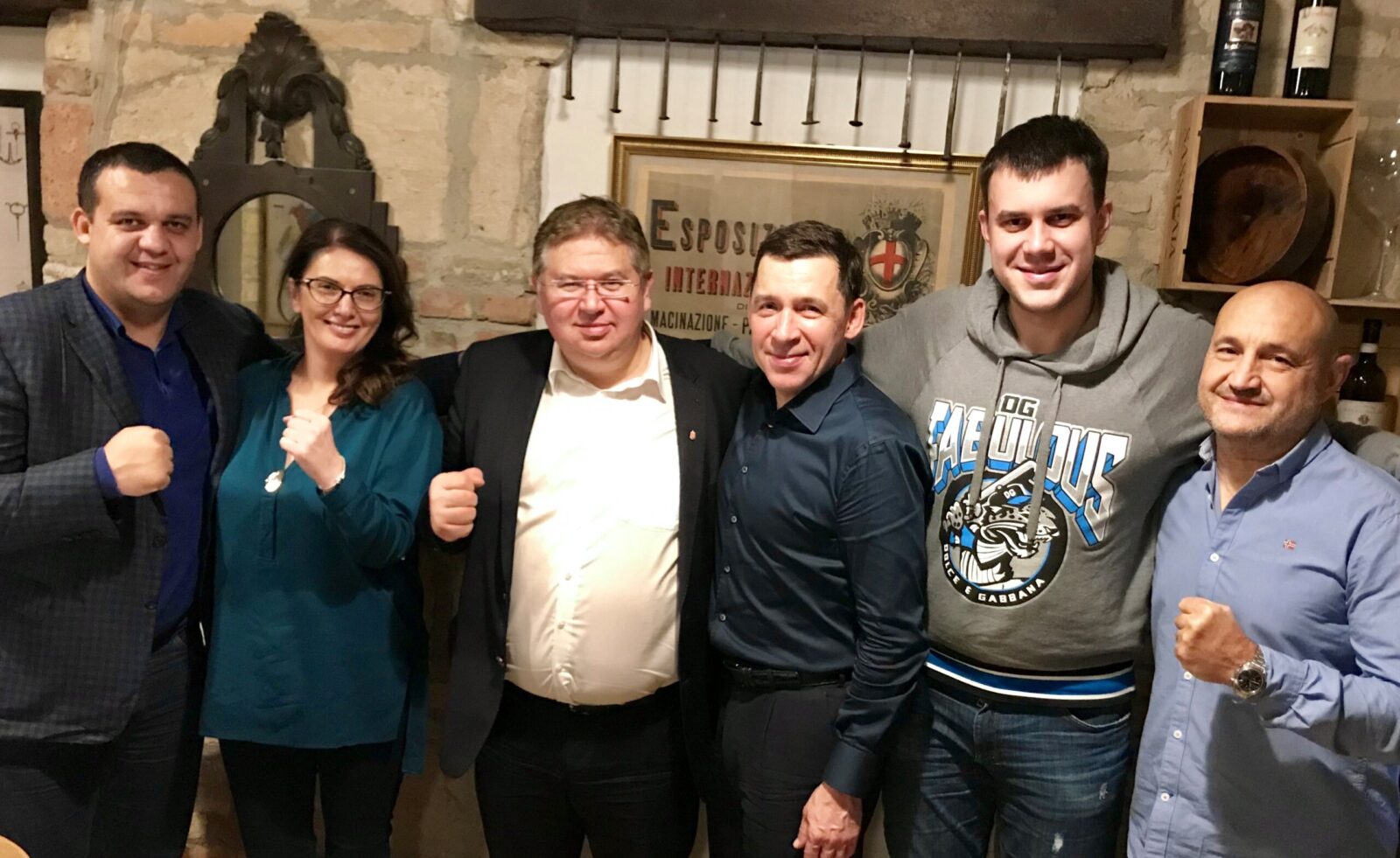 On December 12-13th, the International Boxing Association (AIBA) will elect a new president. EU Today was able to meet with front-runner Umar Kremlev to discuss the current challenges facing the organisation – there are many – and how he plans to restore AIBA to its former glory.

Kremlev is able to bring a huge amount of experience and insight to the role. As Secretary General of the Russian Boxing Federation, First Vice-President of the European Boxing Confederation (EUBC) and as a Member of the AIBA Executive Committee since 2018 he is acutely aware of the scope of the challenge.

​”I would like to emphasise that the interests of the sport, athletes and coaches should always come first in the work of any international sports organization and AIBA is no exception. For my part, I will make every effort to close all the AIBA’s debts and to bring AIBA to a qualitatively new level of work to realize our main objectives: the development and popularization of boxing all over the world. I firmly believe that the new AIBA is sure to become the flagship among international sports organizations!”

AIBA has traditionally been recognised by the International Olympic Committee (IOC) as the international governing body for the sport of boxing, a position it was stripped of in June 2019, following a number of scandals, many of which emanate from the presidency of Uzbek businessman Gafur Rakhimov, who had been elected to office in November 2018.

Rakhimov, at the time his election, which the IOC heavily criticised, was on a US Treasury sanctions list for alleged links to organised crime, banning US citizens and companies from doing business with him. In response to a question as to how AIBA could have allowed such a situation to happen, and noting that one of the seven candidates for the presidency has himself been associated with Rakhimov, Kremlev that there would be no room for such a situation to occur again under his stewardship.

The organisation’s financial situation, already troubled, was exacerbated by the loss of status with the IOC, a situation that was further compounded by criticism of failures in refereeing and judging of bouts.

Kremlev has a clear strategy for addressing the issue of finances: he prioritises increased transparency and new mechanisms for checks and balances. These are vital in order for AIBA to satisfy the high standards of the IOC, and to be reinstated in good time for the 2024 Paris Olympics.

The burden of debt, which stands at about $20 million, he says, must be tackled, and for this will draw on his successes in this area with the Russian Boxing Federation, and from his work with the National Federations with whom he has worked on developing marketing strategies: the fact that more than 50 federations have supported his candidacy testifies to his track record in this. He acknowledges that without the transparency he promises, attracting sponsorship and investment would be problematic.

The issue of poor refereeing and judging he seeks to address through better and more regular training. He acknowledged that there have been allegations of corruption, and this needs also to be addressed.

As in all professional sports, and Russia has often been at the centre of attention here, doping is a problem that consistently finds its way into the headlines. Kremlev acknowledges the problem.: “In Russia we apply rigid measures and sanctions for those who breach the anti-doping rules. If a boxer or coach is found to be doing this is caught, he is excluded, and I definitely support this,” he said.

“Being responsible for Russian boxing, I can assure you that we are educating our people as to the dangers of doping, and the consequences of breaking the rules,” he went on. “Those who are engaged in the educational programmes are putting the message across. We want doping out of our sport, indeed out of all sports.” A clear AIBA anti-doping policy is one of his priorities.

Kremlev has plans to extend the educational role of AIBA, through boxing academies and through the establishment of “councils” of former boxers, champions, and coaches, who will share their experiences

Finally, the question that every boxing fan is sure to ask such a senior figure as Umar Kremlev, “who would you say was the greatest boxer of all time?”

“Mohammed Ali,” came the answer without a moment’s hesitation. Ali was known not only for his magnificence as a boxer, but also as a clean and fair fighter who set an example to those who looked up to him both inside and outside the ring. If these are the values that Kremlev can bring to AIBA, then the future of the sport looks to be in safe hands.