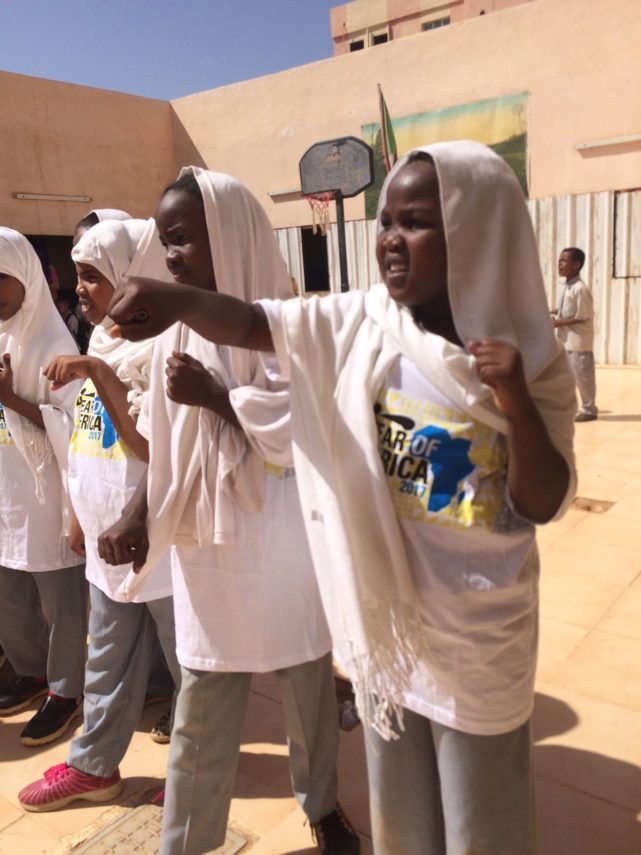 The Year of Africa has completed the latest stop on its journey around the great continent, hosting five courses over three weeks with the participation of ten Arabic-speaking countries. More than 150 children from two local schools were also given a comprehensive education around the AIBA world via the new GlovesUp programme, and partner Taishan donated valuable new sports equipment to boxing clubs where it was most needed.

“Thanks to AIBA’s Year of Africa programme, it is already possible to feel the impact that these courses and events have had on the level of interest in boxing in our country. Just as importantly, a longer-term legacy has also been cemented through the one and two-star coaching courses that will help raise standards of training and technique in our gyms. My thanks to General Secretary Mr Ekrima Haroun, who’s organisation and leadership has made these past three weeks a great success with the help of AIBA Year of Africa team, leaving Sudan’s boxing in a stronger position ready to implement future programmes based on the GlovesUp course, with pilot projects to begin in our sports clubs and schools,” said Ali Abdelati, President of the Sudan Boxing Federation.

The member National Federations with representatives taking part in Sudan were Egypt, Ethiopia, Iraq, Palestine, Qatar, Sudan, Syria, Tunisia and Uganda. As such, the Sudan hub has played a pivotal role in the spread of best practice, the sharing of latest techniques and disseminating recent rule changes to the Arab-speaking world. As well as the two certified Coaches courses, a one-star R&J course was held over six days, with the growth in the pool of officials designed to help the participating National Federations become less reliant on foreign R&Js when it comes to hosting competitions.

“It has been extremely informative and exciting to witness AIBA’s new approach to laying down strong foundations for boxing in those countries where resources and practical guidance have been less abundant. By encouraging cooperation between neighbouring National Federations to achieve its targets, it is clear that we will see these countries rising in stature together and collectively having a bigger impact on world boxing,” said Hashim Haroun, President of the Sudan Olympic Committee.

The post Year of Africa project lands in Sudan to bring boxing development to Arabic-speaking world appeared first on AIBA.