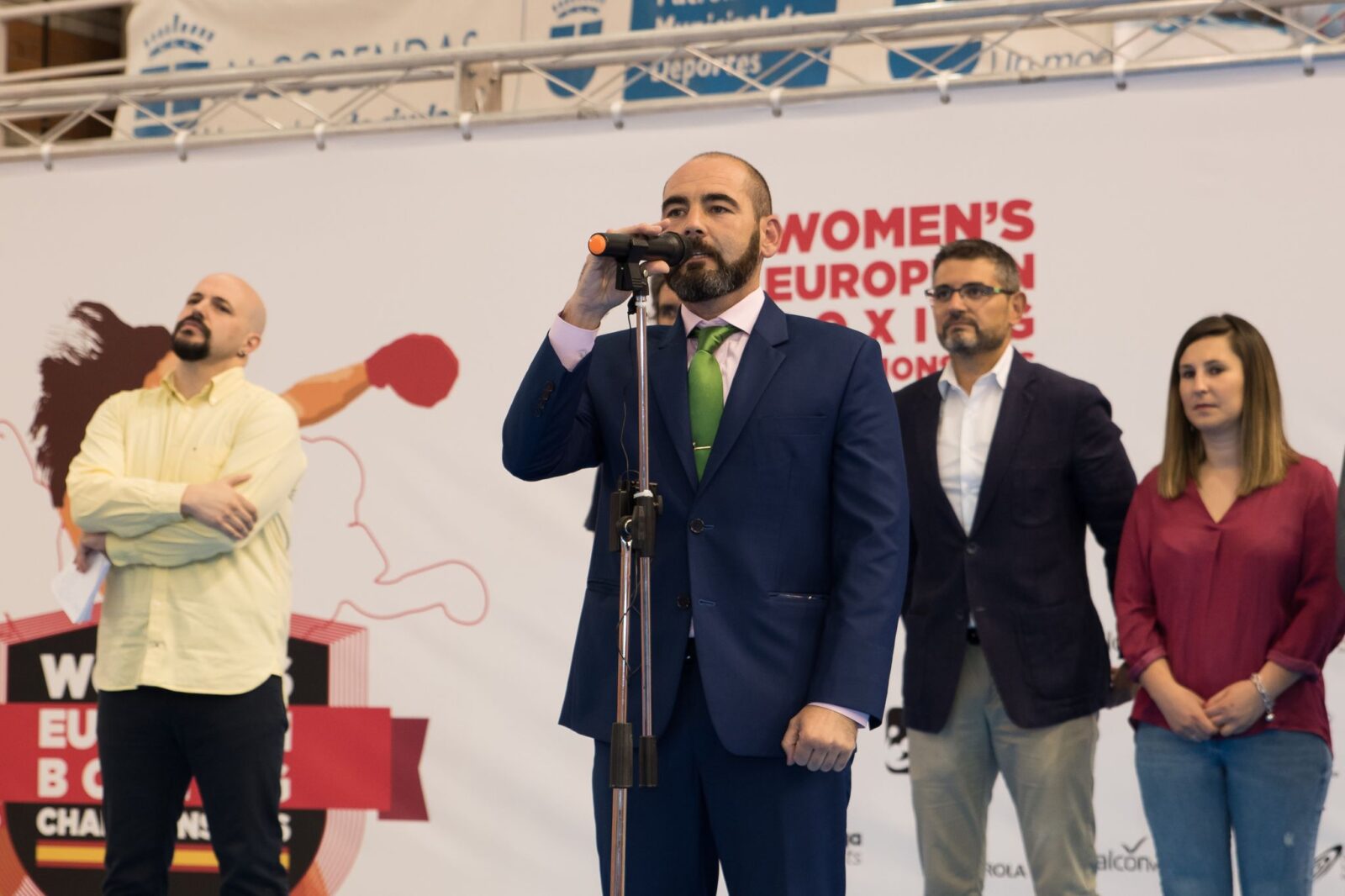 The President of the Spanish Boxing Federation and the Chairman of the EUBC Coaches Commission Mr. Felipe Martinez was appointed to the AIBA Executive Committee in the recent days and he has been preparing also to the upcoming Boxam Tournament which could be a highlight in the European boxing map next month. The active and energetic President, who had key role in the European Shadowboxing Challenge, introduced Spain’s development programs, the preparations for the upcoming Boxam Tournament and their training possibilities in the recent hard period. Mr. Felipe Martinez launched several grassroots projects, strategies and campaigns to develop Spain’s boxing life in longer terms.

– Congratulations, you have been elected as AIBA EC member. What does it mean for you that you can represent Spain at the highest level?

For me, it is the recognition of the work that Spain has done in the recent four years in terms of reinforcing the state’s boxing activities, increasing the international relations and organizing big events as the 2019 EUBC European Women’s Boxing Championships. These are hard days for the world’s boxing life but I am sure we have the obligation to be united and to achieve our objectives. Spain has now the voice to be able at least to say its opinion and we will do it honestly as boxing is our passion, general interests and love.

– What were the main challenges in Spain in the recent months and how could you handle the problems?

The truth is that these are difficult times for everyone in general and especially for a sport like boxing where physical contact is necessary during the trainings and competitions. I believe we all are trying to solve problems as best as we can give the priority to the health of the athletes, coaches and officials. The pandemic hit Spain very hard and fortunately it seems that we are in the stabilization stage and we all hope that it will be continued until the solution will be arrived. We had two tough months when all of the Federation’s courses and conferences were held online to keep our athletes and officials active. We have been working together with the Spanish Government and the Spanish National Olympic Committee to develop protocols for returning to the competitions in safe way. Sport is a friend of immune system and it could be the part of the solution, therefore I believe that sport must be continued.

– How are the preparations going for the upcoming Boxam Tournament?

We are very excited about returning to the competitions, many countries have registered to the upcoming Boxam Tournament. Many others were planning to come but due to the travelling restrictions and lockdowns in their own countries. We are happy that we can host an event but in the other hand we know that it will be much different as the previous editions due to the safety instructions and sanitary arrangements. It will be held without any audience behind closed doors but the most important the boxers can return to the ring and our Boxam Tournament will be live streamed for the stakeholders and fans.

– How is the situation with the Spanish national team? Could you please tell us their average day?

Since the month of July our women’s and men’s teams are training daily in the High Performance Centre in Madrid. All of them are excited that they can return to the ring in the Boxam Tournament after these hard periods. The head coach of the national team, Mr. Rafael Lozano is in charge to keep their spirits and moods high and the proximity of an international event always motivates our boxers.

– Spain already achieved 2 quota places for the Tokyo Olympic Games. What do you expect in the European Olympic Qualifier which will be continued in 2021?

We are satisfied with the two Olympic quotas which delivered by Gabriel Escobar and José Quiles but both want to continue even better in the European Olympic Boxing Qualifying Event and reach the top of the podium. The rest of the team was also very well prepared for the Qualifier which was stopped in the middle of the competition. I am sure that some of our further athletes will be getting their Olympic spots in the later actions.

– What programs do you have for your youth and younger boxers?

We have re-structured the whole grassroots program for our schoolboys, schoolgirls, junior and youth boxers who have been preparing actively in the Murcia High Performance Centre. We have strong plans for them to compete in the national and international levels and prepare them to the next tournaments. We have a very eager and competitive team in both genders and I am sure they will be causing for us a lot of joy and happiness in the future.

– What are the main strategic plans and goals to develop Spanish boxing?

We have several strategic plans in Spain but I would like to highlight three basic programs. The first is the modernization and digitalization of the work of the Spanish Boxing Federation for all of the procedures. We are planning to create a cleaner image, and our product could attract large brands therefore we take care of the small but important details to transfer our competitions to television platforms. The second is the real gender equality promoting women’s boxing where we have to thank all efforts of IBERDROLA which is the promoter of female programs. We created the Lifeboxing federation for the playful and fitness boxing to strengthen our women’s background. Our third big program is the promotion of school boxing programs focusing to the youngest age groups. The school program will be established soon and we believe that it will give a strong qualitative step for us when this project happens.