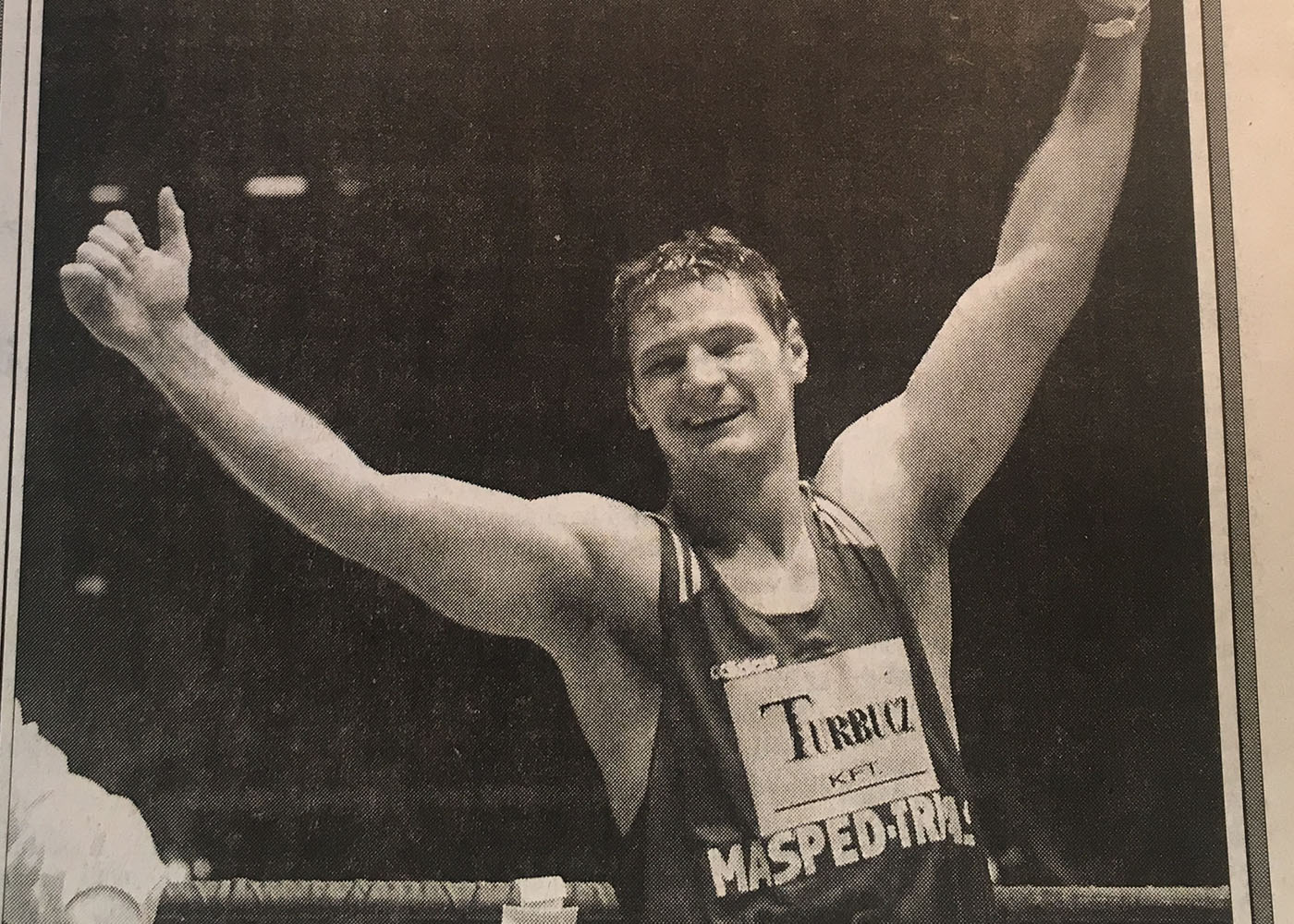 Zsolt Erdei is the most successful Hungarian pro boxer of all time, he was the world champion of two weight classes – the light-heavyweight and the cruiserweight – defending the previous belt for 9 consecutive years. “Madár” (Bird) – as called in Hungary – fell in love with the sport when he was ten years old, and he cannot secede from it since then – he is the current president of the Hungarian Boxing Association. The 44-year-old is father of three children, but the former great champion did not forget his early years…

„I was only ten, when my father took me to a gym. He wanted me to become a tough guy, maybe because he was not really a rough person… I was a bit afraid, of course I was, but who would not be? Some strange thoughts went through my mind, I did not want a punch in my face… Of course, I got one straight away, but I did not care about it, the magical atmosphere pulled me in immediately. Boxing was for me, I felt it, and never tried anything else, really. Of course, I cried after some massive slaps, my mother feared for me, but she soon resigned herself to the inevitable, that I am going to be a boxer.”

„I had great coaches in my club, KSI, József Szakos and Mihály Fehér. I am lucky that I could learn everything about boxing from them. My first official match in 1987 ended with a defeat, but soon after, I have managed to win more and more local youth matches, and tournaments. It did not take long for me to become Hungarian champion in my age group every year. My first international success came in 1992, when I won the junior European championship in Edinburgh. I beat the German Knabe in the final; standing on the podium and listening to the Hungarian anthem was ecstatic.”

„A couple of months later I tasted defeat as well, failing to win my first match at the junior world champs in Montreal. It was a close fight, but I lost, it happens… You cannot win everything; an athlete must learn that. In 1992, it came clear, that I could make it to international level. I graduated from high school, and left KSI, then signed to Tájfun, a pro club, where Csaba Klein became my trainer. The human and the professional side of him gave me more, than any of my trainers. He was able to pour incredible self-confidence into me, for example he predicted that I was going to win the world championships in 1997 in Budapest; I beat the Cuban Ariel Hernándezt in the final… Next, I became European champion in 1998 in Minsk, then in 2000, in Tempere. But that is already the story of my adulthood, just like the long-protected world champion belts…”